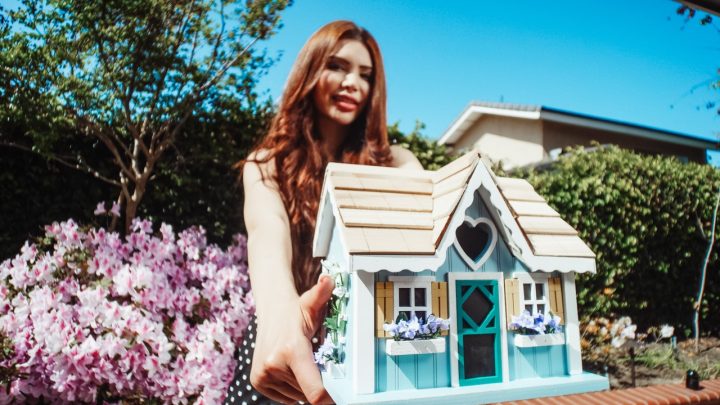 Have you ever thought that if money was never an object you could have bought your dream house? That might be a cozy villa having a private garden as well as swimming pool or a private condo having sea view like it is shown in James Bond movies. Thinking? You might go out of your budget.

Everyone has an idea of their dream homes but as money as an object comes into the picture your aspirations are toned down. Most of the home-buyers when decide to convert their dream home into reality by stretching their finances they might end up denting their finances. But not anymore, affordable housing scheme helped many people to fulfill their dreams to buy their own house. The slowdown in real estate sector also lightens the burden of the buyer. A few years back rates of the property were hitting the roof but today home-buyer can a find a place to dwell for spending their life with their family.

The vision of Modi government that every citizen of India has their own house by the end of the year 2022. To back this vision the government is pursuing and encouraging the builders to come up with projects that fall under affordable housing schemes. Under this scheme, the target is to make house between 10lakh to 30lakh so that lower and middle class group can afford it. Even the home loans are available at a very economical rate. This will lead to increase the quality of living standard of people.

Projects under the affordable housing schemes are launched in states Punjab, Uttar Pradesh, Rajasthan etc. and the state government is providing all the possible assistance to the builders. As per Times of India, their government has made two classifications for Middle Income Group (MIG).

The Housing and Urban Development Corporation (HUDCO) and National Housing Bank (NHB) have been acknowledged as central nodal agencies to channelize this subsidy to the lending institutions, including banks and financial institutions. Therefore, small banks, non-banking finance companies and micro-finance institutions will be recognized as primary lending institutions under the scheme.

Additional loans are also available at a non-subsidies rate. Under the scheme, widows, single working women, persons belonging to SC/ST, OBC, differently abled and trans-genders will be given preference. 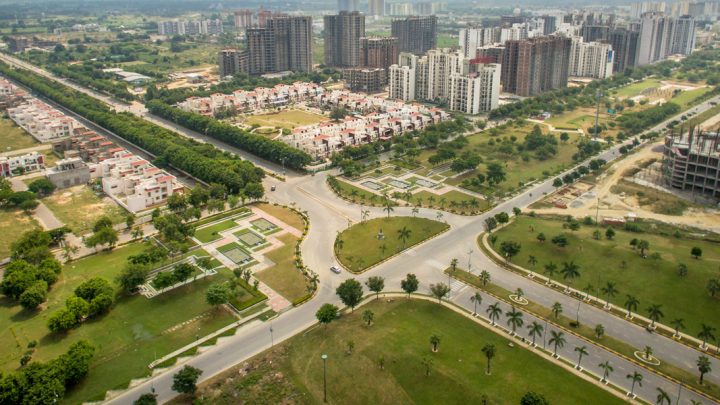 As soon as we think about the Capital city of Uttar Pradesh, Lucknow emerges as the city of Nawabs, its lazy yet elegant persona, the Imambadas, Rumi Darwaza, the ever inviting Bhool bhulaiya, or the mouth-watering food. But that’s not all, Lucknow is very quickly becoming the hub of Real estate hub for the region. Let it be the government policies or the urban real estate development in the vicinity, Lucknow is the finest example of urbanization of India. In Lucknow there is a best real estate company named “Paarth Infrabuild” offers luxury flats in Lucknow at affordable price. There are many reason due to which we can say Lucknow is a Real Estate Hub.

Lucknow is very centrally located within the boundaries of Uttar Pradesh and enjoys excellent connectivity with all the major cities when it comes to the Uttar Pradesh region. Right from neighboring Kanpur, Agra, Jhansi, Varanasi, Prayagraj to the National Capital New Delhi, Noida, Ghaziabad, and the city is very well connected by all the possible modes of travel like Air, Rail, and Bus. Outer ring road completion will connect the city with 104 villages, as many as 6 state highways, and 5 National highways.

Also within the city, Lucknow Metro has opened the flood gates of the Real estate sector to boom. Locations like Shaheed Path, Gomti Nagar, Sarojini Nagar are not the OUTER part of the cities anymore, you can very easily see skyscrapers mushrooming all around. With the Malls, Newly constructed Hi-rise Apartments, Schools, and Multi-Specialty hospitals in the close vicinity, Lucknow is emerged to be the next cosmopolitan city of North India

Being an old city with narrow roads, cluttered colonies, busy Market streets, the new age Real estate developers have understood the requirement of living in open and bigger spaces with all the modern amenities like a Swimming pool, Kids Play Area, Clubhouses, Badminton Courts, Yoga, and meditation Area, and jellying perfectly with government’s KHELO India campaign mostly all of the real estate developers are providing Cricket stadiums with academies, Football or Basket Ball courts, and state of the art indoor games facilities and no wonder Lucknow is already providing some world-class athletes. On the commercial front, the new age office spaces and co-working spaces are also cropping up in the downtown areas of the city and the best part is they are well connected with the so-called old and the new city.

The trends especially those in the Real estate industry indicate that the individual let it be a high-end investor or the mid-range buyer is looking beyond metropolises that offer a lifestyle. Where they can not only live a carefree life but also have all the facilities that are required to be in the nearby areas. The high rise is not only a trademark of a Metropolitan city this has created an untamed opportunity for the real estate developers to take advantage of the untapped consumer demand that is increasing day by day.

Growth and Opportunities in the Real Estate of Lucknow

The real estate industry in Lucknow has emerged in all sectors especially in the residential and commercial sectors. With the growing GDP of the countrymen and the Lucknawis, the cost of real estate lands as well as the high-rise apartments with the Commercial spaces are yielding clear results. The rapid growth of the IT sector specifically has attracted a lot of crowds from the various parts of Uttar Pradesh. According to the Master plan of 2021 197 perimeter villages are included in the proposal.

“Lucknow is playing a pivotal role in making the state of Uttar Pradesh march towards its goal of becoming a $1-trillion economy. The city of Lucknow alone contributes to more than 3.85% of the state’s GDP and is already the hotbed for real estate players from all around the country. The MAKE IN INDIA initiative of the government also paved its way to attract the major manufacturing players to set up their units and the existing ease of doing business makes the area even more sort after places.

No wonder Lucknow is present in the list of top Smart Cities in India, and no guesses for the answers to the factors that make it one of the top gainers in the list.

Transport – The presence of Metro has just added one more feather in the decorated transport facilities of the city and connectivity of Bus, Rail and Air already gives Lucknow an edge over the rest

Water supply – one of the most essential aspects to make a city-run, the water supply in the city has seen a lot of improvement, thanks to the government policies and the NGOs that are working towards the betterment of Lucknow.

Past Decade has seen a lot many cities where the real estate sector is growing have witnessed extraordinary expansion in the infrastructural and overall facilities. Lucknow at the same time is experiencing, expanding, and upgrading its infrastructure to accommodate the people not only from the city but from the nearby villages and cities. Lucknow offers something for everyone, right from the local jhuggis to the expansive Villas, farmhouses, and the High-rise apartments Lucknow witnesses an array of residential and commercial developments. To name a few we have some areas that will automatically take us to the scrumptious cuisines or the Real estate developments. However, if you are not from Lucknow just have a look at the world-famous places like Hazratganj, Gomti Nagar, Aliganj, Janki Puram, Bhootnath, Alambagh, Shaheed Path, Mahanagar, Indiranagar, Patrakar Puram, Vibhuti Khand, Faizabad Road, Kanpur road to name a few.